From its origins as a small fledgling business in Kent to a multi-site UK chemical distribution company, Monarch Chemicals celebrates 30 years in business this July.

Having grown from a team of two to a team of over 45 employees, Monarch has developed a reputation over the years as a leader in the chemical distribution market and is now a respected and well-established name in the chemical industry.

Starting their journey in 1989 – when the internet was still in its infancy, there was little known about email and businesses relied on fax, a rolodex and desktop phone Monarch have enjoyed riding the wave of progression over the last 30 years, embracing new technology to move the business forward.

Since 1989 they have adapted through digital transformations, held strong against recessions and evolved with the times to develop a business built on a commitment to their customers, and an ability to deliver a world class service with passion and professionalism.

Incorporated on 17th July 1989 Monarch Chemicals started its journey as a small chemical distributor based in Sutton valence, Kent. Business moved fast for them, as by 1993 they had moved to a new site, which is now their main chemical distribution hub, in Sheerness.

By 1996 they had expanded further and opened up a second site in Cumbernauld, Scotland to service the North with chemicals – a move which proved to be pivotal in the exponential growth of the company.

Over the next few years Monarch kept on this progressive path, making numerous improvements to operations, systems and investing heavily in the business to introduce chemical blending capabilities, expand their sites and even acquire a new chemical manufacturing business based in Discovery Park, Sandwich.

Today, Monarch Chemicals is led by Managing Director Jon Hill who joined the business in 1998 and helped set the path of success Monarch enjoys today.

He said “The business and the market place we have operated within has changed so much over 30 years, Monarch have evolved with each of the challenges and I am very proud of the mature, professional company that we are today” 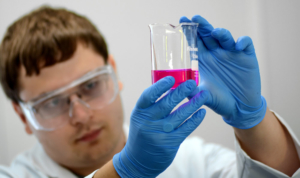 Now operating from their Head Offices at Kent Science Park and with multiple site locations throughout the UK, Monarch Chemicals continue to grow, delivering chemical blending and chemical distribution services to hundreds of businesses nationwide.

With an ever-expanding portfolio of products and new business, Monarch’s commitment to their customers, strong supplier relationships and dedication to their work has ensured they are well prepared for the future and are looking forward to seeing what the next 30 years will bring. 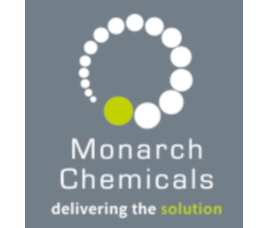