GEMÜ is expanding its product range for oxygen applications, offering globe and control valves for applications with gaseous oxygen in addition to its multitude of diaphragm valves with immediate effect. For safe plant operation, GEMÜ is placing particular emphasis on the selection of suitable materials for all media-wetted components. In the case of oxygen applications, this primarily concerns auxiliary and seal materials. This is why, for example, the spindle seals of all GEMÜ globe valves that are suitable for applications with gaseous oxygen are manufactured from PTFE, as the material is difficult to ignite.

Oxygen is considered a critical working medium, since many materials burn intensely and quickly with compressed or pure oxygen. For this reason, special care must be taken for areas of application in which gaseous oxygen is used. In Germany, the Federal Institute for Materials Research and Testing (BAM – Bundesanstalt für Materialforschung und -prüfung) tests and evaluates whether certain materials are suitable for use with the critical medium.

GEMÜ offers a wide range of valves for oxygen applications. These include, among others, the GEMÜ 550 globe valves, which feature a uniform stainless steel design; the GEMÜ 554 type, which is distinguished by its particularly compact design; and the motorized GEMÜ 549 eSyDrive type. All these valves use auxiliary and seal materials that have been deemed suitable for use with gaseous oxygen by the BAM. The GEMÜ 601 diaphragm valves for small nominal sizes, the GEMÜ 650 BioStar for small to larger nominal sizes and the GEMÜ 660 filling valve are also type-tested and certified by the BAM.

Thanks to its difficult-to-ignite PTFE seals, the GEMÜ 554 control valve is perfectly suited to oxygen applications.

The GEMÜ Group develops and manufactures valves, measurement and control systems for liquids, vapours and gases. GEMÜ is a global market leader when it comes to solutions for sterile applications.

The globally focused, independent family-owned enterprise was founded in 1964. In 2011, Gert Müller took over as Managing Partner together with his cousin Stephan Müller, becoming the second generation to run the company.

The Group achieved a turnover of over €330 million in 2018 and currently employs over 1800 members of staff worldwide, over 1100 of whom are in Germany. They have six manufacturing locations: Germany, Switzerland and France, as well as China, Brazil and the USA. Their worldwide marketing is carried out across 27 subsidiaries, coordinated from Germany. Thanks to a large network of commercial partners, GEMÜ is now active in over 50 countries on all continents. 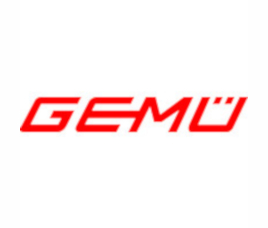